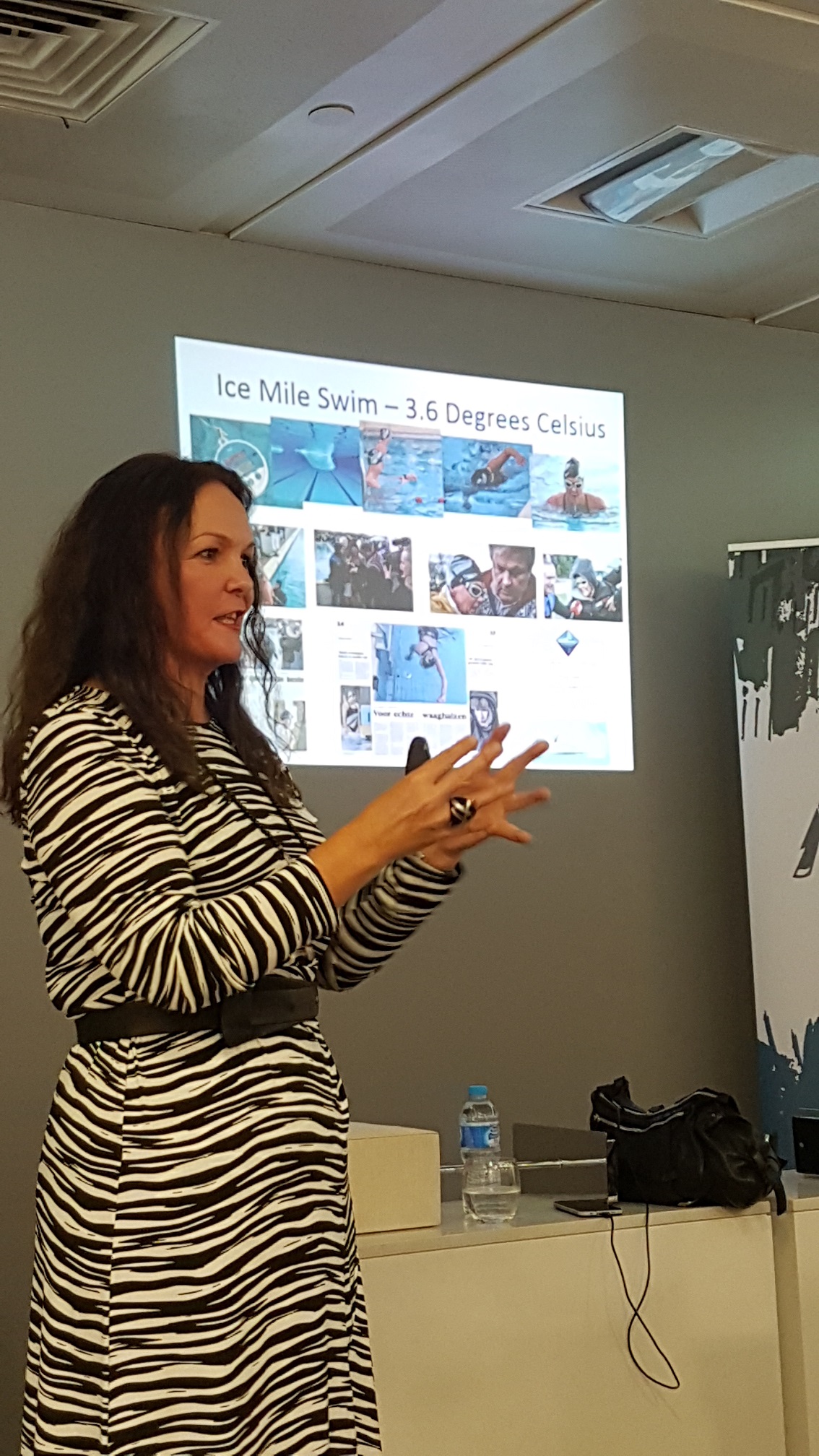 Tracy is now a qualified swim coach and holds a five day English Channel Swim Camp in Dover, alongside Roger Finch twice a year. They have also launched a Robben Island swim camp based in Cape Town. If you would like to join Tracy in setting your own swimming goals and joining one of her swim camps, either in Dover or Robben Island, please check out her website for more details – (https://tracyclarkswims.com/varne-ridge-english-channel-swim-camp/). Tracy shared that from her experience those most likely to succeed are mothers who know how to dig deep when they need it the most.

Tracy has raised close to £25,000 for various charities close to her heart. Her philosophy is, choose something or someone dear to your heart and this will help you get through the tough times of your challenge.

Tracy will be flying the kiwi togs and flag as she attempts the North Channel (Northern Ireland to Scotland) for the second time in September. She is looking to raise money for her son’s rugby club, The Crusaders, who are needing to redevelop their rugby club rooms. You can get behind Tracy and this cause using the following link:  https://www.justgiving.com/crowdfunding/crusaders-rugby?utm_id=107&utm_term=YgRNgx8JY&fbclid=IwAR2rWgThtYT59rnlJNiX40z8t5AUm-nMG-qW7K11hwxBsOCCokEZ9I60CXk

Tracy is also looking for sponsorship (£4,500) to cover the boat costs for the crossing. If you know of any brands, people who might be interested in this opportunity, please get in touch with Tracy directly via her website: https://tracyclarkswims.com/.

Tracey has proven that when there are set-backs in life, whether it be in the boardroom or 1 mile off the Scottish coastline, after 11hrs of swimming, by surrounding yourself with the right people (avoiding the sharks) there is so much we can overcome.

She continues to "Dream big" and with the big 5.0 around the corner, saying that you are never too old to achieve your dreams. She has so far completed her Triple Crown of Open Water Swimming and is looking to complete the Oceans Seven within the next few years.

Special thanks to The Dental Surgery for hosting us for the evening, to Walker Wines for providing the wine and of course to Tracy Clark for donating her time to come in and speak with us.