One woman’s vision to connect career-minded women in the middle of the financial crisis has resulted in thousands of women connecting, supporting and building each over the past decade.

The roaring buzz #WeSpeakKiwi chatter of 200 Kiwi women coming from the atrium of Clifford Chance was testament to Bronwen Horton’s vision at the 10th birthday celebrations last week. They were just a few of the thousands of women who have used the network to connect on a professional and personal level, providing everything from mentoring to networking, to lifelong relationships.

MC for the night Emma Keeling, who many of us will remember as TVNZ’s Europe correspondent, paid tribute to the 10,000 plus hours Bronwen has given to the network.

“Bronwen, this is all made possible thanks to your vision and drive. We thank you for having this dream and allowing us to be a part of it.”

Relationships to the Power of X was fittingly the theme for the night, with some of the best speakers from over the years inspiring the crowd with their stories of building businesses and their brands. We’ll be bringing you their inspirational stories over the coming months through the newsletter. In the meantime here’s a taster of their key messages and top tips.

Speaking from New Zealand Maggie Eyre, who has had an amazing career, including as Helen Clark’s media advisor, shared her story about the connections and how one connection changed her whole career – just by sharing her story. She also plugged her new book, ‘Being you. How to build your Personal Brand and Confidence.’

Top tip: Get out there – have conversations. Get out when you don’t want to go – building powerful relationships is important.

Best selling writer, speaker, coach and consultant James Kerr spoke via video message from Bali. As someone who works with high performing teams across the world, he has a lot of insight into what drives people which he says is love.

Top tip: Think about how we can create human connection to help people find motivation.

Janine Manning one of our mentors and Rebecca Paige one of her mentees did a double act sharing their stories of the power of mentoring.

Rebecca said mentoring was really important in helping her to understand what direction to take her business, beyond just knowing that she wanted to grow her online sewing business and make more money.

For Janine mentoring is about staying connected with New Zealand. A lot of people helped her to get where she is, so she wants to return the favour.

Top tip from Janine: There are lots of opportunities out there – think about networking and connecting with people.

Rebecca’s top tip: There is no right or wrong way to grow your business or do social media – pick the bits from each bit of advice you are given and do it your way.

Joanne Alpe, startup mentor and consultant, spoke about the importance of having a whanau approach to business – which is about being open, authentic, welcoming, generous, inclusive and supportive.

Top tip: You need to have a big sexy idea, but you definitely need the whanau business lens.

Jude Sclater, Founder of performance coaching consultancy Think with Jude, spoke about finding connections and being curious and generous.

Top tip: Think about what you can offer people and what they can do for you.

Chef Peter Gordon, who has had a massive influence on emerging talent including two of our speakers on the night, spoke about the power of respect, especially for junior staff coming through the ranks.

Top tip: Treat staff like they are an asset, not a commodity.

Cofounder of Caravan Laura Harper-Hinton echoed Peter Gordon saying it was important to have time for everyone in your business.

Top tip: The power of positivity. Foster really positive relationships with your customers, suppliers and staff. Walk into every day with a smile on your face and you are winning.

Mel Brown who worked for Peter Gordon says she learnt a lot from him about building relationships, after pestering him for months for a job. Since moving away from the kitchen she has been successfully running the New Zealand Cellar since 2014.

Top tip: Nurture the next generation that is coming through the door.

Coach, mentor and facilitator Robyn Peel said giving and receiving is an important part of relationships. She said the NZBWN can feel like home for so many of us, but it’s also a place to be challenged, and find that accountability partner.

Top tip: Say yes, form groups, be part of groups, do more and be more

Mary Fenwick, one of the network’s supporters from day one and one of our most popular speakers, talked about change and asked us how many wanted to make positive change in next six months. She said we have three types of networks – operational, personal and strategic and the network has brought all of those together in one place. She said most women have a lot of relationships going on so we need to be strategic about which we focus on

Top tip: Sometimes you have to let go of a connection to focus on the right ones. If you are just collecting friends, you are not going to be able to give to all of those relationships.

A big THANK YOU and shout out

To all of our speakers and MC Emma Keeling.

Fran Hales for taking the photos on the night.

Sweet Sounds live for the music on the night. 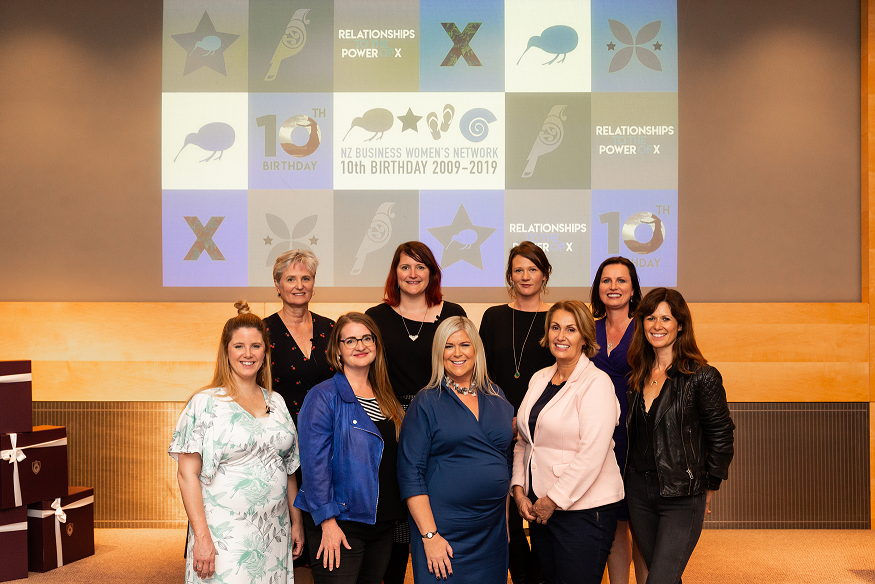 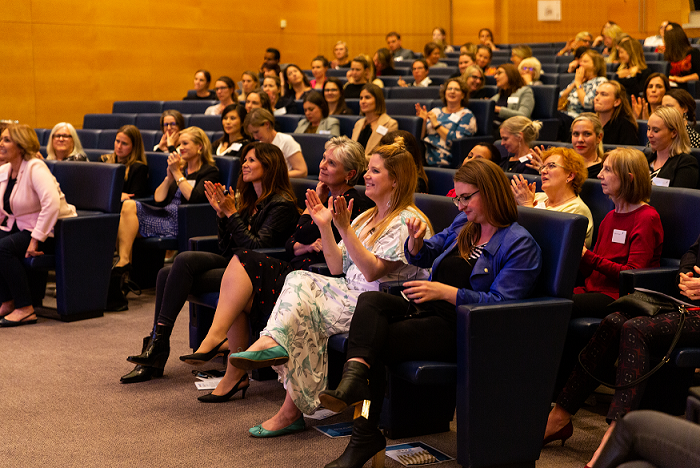