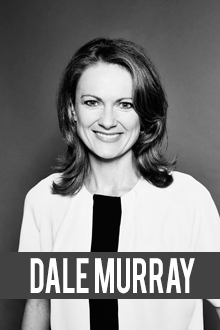 The mobile industry beckoned once again, and after completing her MBA at the London Business School, Dale co-founded mobile pioneer Omega Logic, the company that launched mobile phone top-ups in Britain. Having grown the business from a start up to a company with an annual revenue of £425 million within the space of six years, Dale decided the time was right to exit the business and use her experience to actively support others on their path to success and growth, as an ‘Angel’ investor and board adviser in early stage businesses.

When speaking with Dale, it’s clear that she is a passionate champion of women in business, and through her philanthropical and government work she has been able to positively influence and open up opportunities for female entrepreneurs, being awarded a CBE in 2013 for Services to Business.

When asked where home is today, for Dale and her family, it’s Surrey in the UK – driven by the culture, the lifestyle and more recently her children’s education. But married to a fellow New Zealander, and with three children all with dual-nationality, Dale remains very much connected to New Zealand, returning every couple of years and with a dream for later life to be able to spend a few months of every year back in her “original” home.