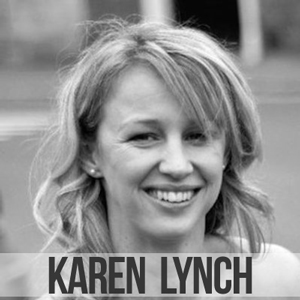 The slopes are calling when I speak to Karen Lynch, the managing director of KiwiOz Nannies, on a dreary London Saturday morning. I swiftly reassess my life choices when Karen tells me she and her partner have rented a place in the French Alps for the ski season and are spending most weekends in France – what a way to beat the London winter blues!

If that isn’t evidence enough, it becomes rapidly apparent from speaking with Karen that she is what my Mum would call a “go-getter”. Originally joining KiwiOz Nannies as a nanny in New Zealand for several years before transferring with the company to London in 2008, Karen spent two years working as a live-in nanny for two families in Essex.

Looking for a change, Karen then took the plunge and moved to KiwiOz Nannies HQ in Blackfriars as a consultant where she played “match-maker” for parents looking for nannies. While the shift from day to day life as a nanny to sitting behind a desk was a shock to the system, Karen clearly had a knack for the business.

Karen seems so well entrenched in life in the UK (see above re: weekends in France) that I almost forget to ask her about her Kiwi background. Karen tells me she spent her childhood in South Auckland before moving to the South Island where she attended sports-mad Mackenzie College (Karen went on to become a professional Thai boxer for 10 years, picking up a World Title along the way!). Karen trained and worked as a youth worker in Christchurch.

Karen is passionate about improving the service KiwiOz Nannies offers and the company have some exciting plans for their families for the year ahead! The company has already made a great name for itself on the back of the “hard working” antipodean reputation and Karen tells me that the business has never really spent money on advertising as word of mouth referrals has always been so strong.

It’s not difficult to see that KiwiOz Nannies will continue to go from strength to strength with Karen at the helm.