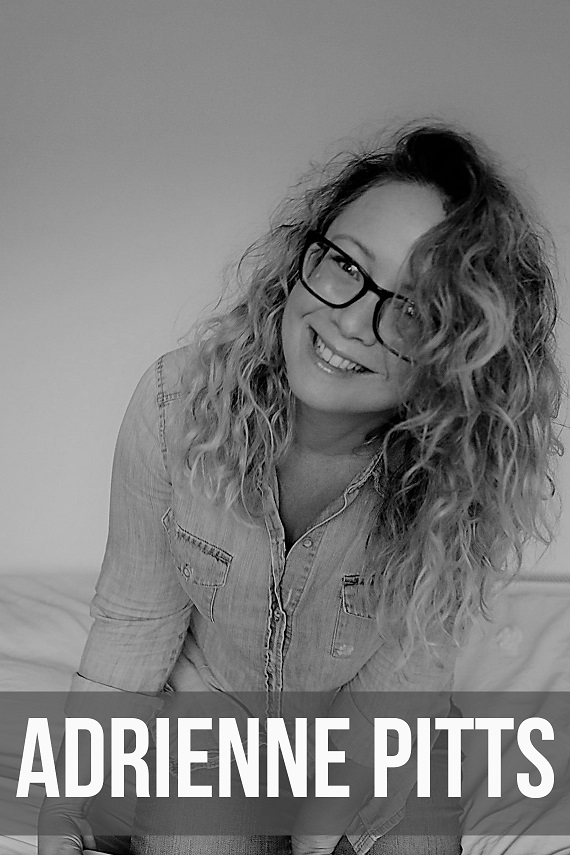 Adrienne Pitts visited London for the first time at the age of 16 and knew it was never a place she could live. Cold, grey and unwelcoming were the abiding impressions of her six days there during an arts and classics tour of Europe.

Fast forward 25 years, a slew of design and photography awards, an enviable Instagram following and a successful career as an internationally renowned photographer, and after a decade of calling London “home” she can’t imagine living anywhere else. Her original plan, when she headed there after a relationship ended, was to stay for maybe a year, but as many readers of these pages will know from their own experience, that infamous “just one year” vow is made to be broken.

Although it’s her work as a photographer she is best known for today, she has also forged a reputation as an outstanding art director, even if initially she assumed this field would play second fiddle to a career in photography. Graduating from Massey Wellington with a Bachelor of Design, a photography major and an alarming student loan, her timing was distinctly off. It was the very moment when digital photography was exploding, but her degree had been film-based and she couldn’t quite rustle up the $100,000 necessary to set herself up with the latest digital gear. Always pragmatic, she set about putting her design degree to good use, working as a graphic designer for a Wellington agency, before moving to the Bay of Plenty to take up a dual role as graphic designer-cum-photographer on the magazine Uno.

When she arrived in London in 2007 it was still the graphic / art direction side of things that had the upper hand, even though she always ensured would-be employers were aware of her photography skills. However, she still recalls how on one particular occasion during an interview for an art director role, she went to bring out her photography portfolio, assuming this would be seen as an additional string to her bow, only to be told “oh no, you have to choose one or the other: photography or art direction”. Then, and even more adamantly now, Adrienne does not agree with this way of working, maintaining that the two are intrinsically linked. In fact, she believes that she is often hired as a photographer today because of her art direction background. (By the way, she got the job).

So, she’d done the initial hard yards and managed to get herself a decent job but after two years there, wasn’t particularly loving London. It was 2009. Just days before getting on a plane to return to New Zealand to renew her visa, she was mugged at knife point in Stoke Newington. That was it. Enough. She decided to pack the whole thing in and left, convinced that she wouldn’t be returning. However back home, in one of those uncanny twists of fate, she received an email out of the blue offering her the role of Art Director on the Jamie Oliver magazine. Well, it would have been rude not to ...

She went on to work for the magazine for over six years, in the process being nominated three times for Designer of the Year in the Professional Publishers Association awards (the Oscars of the magazine industry), eventually beating such heavyweight competition as Elle, Wallpaper* and Cosmopolitan to take out the main prize. She redesigned the magazine twice and then, as she describes it, felt as though she’d hit a glass ceiling. There was also the realisation that she was constantly commissioning photographers for shoots she’d have loved to be doing herself. Now, at this point, it also happened that she’d been using Instagram as an outlet for her photography skills for a couple of years and had slowly been building up a small client base who were commissioning her for photography projects. This meant that she was constantly taking leave from her “real job” to go out and work on these “fun” creative opportunities. In 2015 she took a deep breath and decided to plunge into the world of freelance photography.

Adrienne calls Instagram her “unwitting portfolio”. If she’d been a victim of terrible timing when she graduated from Massey, this time it was the complete opposite. As one of the early adopters to embrace Instagram and understand its potential, she’d downloaded it within two months of its inception and started using it to document her life, spending her weekends out and about with her trusty iPhone, photographing whatever caught her interest. She started to get noticed and commissioned to shoot travel stories. When the Canadian Tourism Board hired her for a social media campaign set in Montreal, it was time to think seriously about dedicating herself to photography and making it into a career. However, she is quick to say that even though it may sound as though it all fell into place easily, she only felt able to walk away from a great job with the Jamie Oliver magazine because she had savings in place and a career in art direction to fall back on.

As she is at pains to point out: “I definitely did not give up my fulltime job to be an Instagram photographer. I did it to become a professional photographer, which I had formal training and a background in.” At the same time, she believes Instagram is an excellent source for generating leads, as you are reaching potential clients when they are more relaxed and receptive. It’s also definitely far less daunting than cold calling which is, however, something she thinks has to be done, along with “putting yourself out there”. She’s had success with this approach and has never had to advertise, instead contacting potential clients and saying “if you ever need someone, I’m here”. As she says: “London doesn’t owe you anything, it doesn’t care that you are a lovely Kiwi. You have to work hard to earn respect. You can’t sit back and wait for the opportunities to come to you”.

As a travel and lifestyle photographer with no studio, she gets to visit places and enjoy experiences many of us would only dream about, but it’s a constant juggle trying to balance the more fulfilling travel and editorial work with commercial projects which pay the bills. And of course, in today’s digital world where smartphone technology makes great photography ever more accessible, it’s crucial that you develop your own style and create strong relationships with your clients.

In 2016 she was chosen as one of five photographers worldwide by Google and was flown to Australia where she spent three days shooting images with the new Pixel phone. Her images were then used to promote the global launch of said phone. A landscape image of a frozen lake in Iceland won her the 2014 International iPhone photography award in the travel category and she regularly appears in lists of the “Top 10 /15 /20 Instagram Travel accounts to follow” selected by publications such as Marie Claire, Buzzfeed, Mashable and Conde Nast Traveller.
Her style is light, bright and colourful, the perfect antidote to the “London grey” she vowed would never become her constant background, but which she now happily admits has given her so many fantastic opportunities.