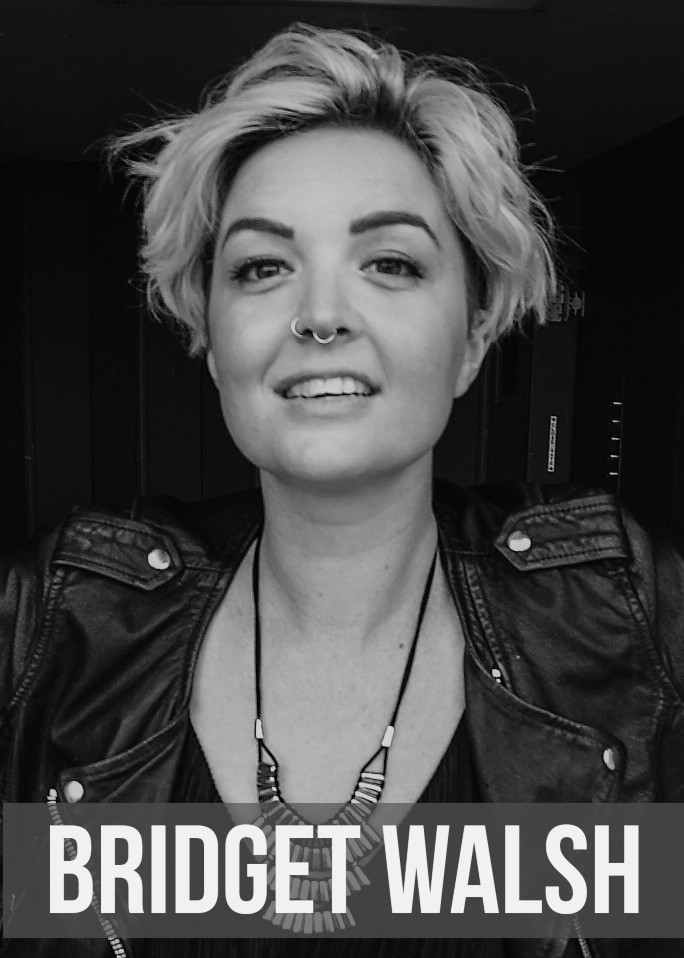 Hip hop had become a huge interest by that stage and Bridget was contemplating studying the local Aotearoa scene for her Master’s degree, when she decided to send a cheeky email to The Radio Network’s (now NZME) freshly launched hip hop radio station FLAVA. “I said ‘What’s a girl got to do to get a job on a radio station?’ and the manager James Daniels called me in to meet him, mostly just because of my bloody nerve!”

Daniels went on to create a position for Bridget, where she spent two years working in radio promotions and as a floating announcer at FLAVA, filling in on any show as required, followed by a year managing promotions in Auckland for ZM, just down the hall.

Aged 22 and ready for a change, Bridget decided to return to university for a one-year post-graduate diploma in teaching at Victoria but returned to Auckland after one semester when her grandfather fell ill. Her aunt, a new mum of twins, was also visiting from the UK and Bridget decided to relocate to London to help with the babies. She says “The loss of my grandfather spurred me on to try something new. He had come out to the other side of the world on a ship in his twenties, so it sort of felt like the right thing to do.”

In London, Bridget worked in schools on learning support and school improvement and, more importantly, started singing again. “London is one of those cities where it is acceptable to try and make it as an artist, whereas in New Zealand it can sometimes seem like a pipe dream.”

She worked with local bands and artists, including Meg Cavanaugh and The Microdance. Then in 2013, Laura Owen-Wright, who had sung with Bridget at Westlake Girls High, contacted her out of the blue and asked if she was available to fill in for her band, Electric Swing Circus, with the first show only three weeks away. By the end of 2013, Bridget had relocated to Birmingham and started full-time touring with the six-piece band, performing a mixture of house, hip hop and dub step - all with an element of jazz and swing. “We brought a lot of fun to festivals -we were there to elevate because it was music simply for the sake of bringing joy.”

Bridget describes her time with the Electric Swing Circus as a turning point for her, as she became not only a co-front-woman with Laura, but also co-manager for the independent band, using her radio knowledge of marketing, branding, logistics and community-building.

After leaving the band in 2015, Bridget ran a Kickstarter campaign to set up INDHE which she describes as ‘LinkedIn for artists’ – a network and social enterprise to allow artists around the world to connect and create together. The name INDHE appealed both as a play on ‘indie’ (or independent) and also because it is a Sanskrit word meaning to ignite or light up. Sanskrit is the language of yoga, and Bridget had received a scholarship to train as a yoga teacher in London in 2011.

In late 2015 Bridget began touring as frontwoman for the Jenova Collective, a Leeds-based electro swing band which took her to gigs and festivals across the UK, Europe, Australia and New Zealand. It was while on tour in New Zealand for the third time in early 2016 that she decided to join her mum at a Green Party conference. She ended up in a conversation with James Shaw, a big fan of electro-swing who had run as an international candidate for the Greens while he was London-based. This started a series of conversations about Bridget potentially being an overseas candidate for the 2017 election, but the task seemed too daunting to take on amongst her other music commitments.

“Then Brexit happened and Trump happened, and I was in Italy on tour with Jenova when a reminder popped up about the deadline for the Greens’ candidacy. It felt like maybe I needed to put my own things on hold for a while and do something to help get Aotearoa back on a more positive political track.”

With the Greens and Labour having signed a memorandum of understanding to work together to change the government, Bridget decided she was going to do the political thing properly and spent three months in New Zealand learning everything she could for the campaign ahead. She found out that NZers living overseas tend to be more left leaning and it was decided that she would be the Greens’ international list candidate-at-large, specifically reaching out to overseas kiwis, in an effort to empower them to vote and help change the government.

“Because of how much I move around for my work anyway, I was in a unique position to reach a lot of New Zealanders in a lot of different places around the world, and it was important for them to know that they could have a voice in these elections.”

Despite spending the majority of 2017 visiting cities around the world Bridget managed to be back in New Zealand for the election but, given the ongoing negotiations, flew out of the country expecting the worst, as a coalition deal had not been reached. So when she turned on her phone after landing in Los Angeles and read about Winston Peters’ decision to support Labour she burst into relieved tears on the tarmac. There were more happy tears when she saw Jacinda Ardern on the front page of the Guardian a few months later.

Bridget had been writing songs on her campaign travels and once back in London she assembled a band of top level jazz and soul musicians to record and tour her new music. There’s now an EP in post- production, The Tendency towards Complexity, the title based on a physics theory about the evolution of the Universe. Bridget also joined the Ngāti Rānana London Maori Club and started Te Reo classes, to help strengthen her connection with home, and to acknowledge the role Aotearoa continues to play in her journey as an artist.

Miss Bridget Walsh performed at the Isle of Wight and Love Supreme festivals this summer, then heads to New York and Philadelphia before taking her band out to New Zealand on tour in September. She now tries to get back to New Zealand to perform a couple of times a year.
“I love New Zealand and it will always be home. It’s an immense privilege to come from Aotearoa, and to be able to get home every year, but I am so hungry for things out here in the big wide world too!”