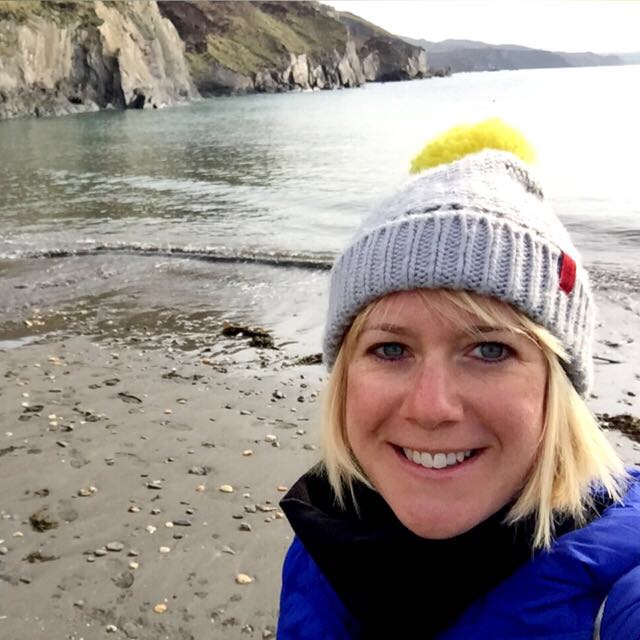 Emma and Anna are currently planning the next 18 months of Adventure Queens but say they’re focusing on finding new ways to feed money into the community to run more events, offer more advice and help more wild women. Emma is also thinking about her own working life and says the future will involve a focus on a “more purpose-driven and people-oriented environment.”

Emma’s working life began after she gained a commerce degree majoring in marketing and e-commerce and an arts degree majoring in psychology at Victoria University. While at uni, she worked part time for an advertising agency, Lavender, and after graduation her agency work turned into a full-time role. Emma is a self-described Brit-Kiwi hybrid – born in the UK but educated in NZ – so almost inevitably, in 2008, she found herself working in London.

In 2011 Emma left the agency world and took an in-house marketing job with Sky, where she first met and worked alongside fellow-adventurer-to-be, Anna McNuff. From there she moved to credit card provider New Day where she managed a team developing and delivering the marketing strategy for aqua credit cards. This was a pivotal moment for Emma as for the first time she felt that was working in an environment that wasn’t right for her.

Emma says realising that she was in the wrong place led her to seek out other communities in London and she signed up for some workshops at Escape the City – an organisation set up by two former management consultants whose motto is ‘life’s too short to do work that doesn’t matter to you’. Emma joined the Escape Tribe where 50 people take part in a 14-week programme aimed at helping them find more purposeful work.

Through the Escape Tribe, Emma realised that she wanted to build communities to connect people and help them to positively change their narrative. She and Anna did some Escape the City workshops together and when Anna posted online about camping for women and messaged Emma about working on this together, Adventure Queens was born.

Since New Day, Emma has concentrated on contract marketing work – first for Internet Matters, then The White Company and the AA – trying to keep her corporate life down to four days so that she has a fifth day to work on Adventure Queens and other interests. She has also found time to travel solo and hike in Slovenia, cycle for a month in Cuba where she discovered “the joy of travelling by two wheels” and continue her joy of bike touring with other longer trips to Spain, Scotland and Chile, and numerous weekend adventures in the UK

A trip back to New Zealand earlier this year, also left her looking at the country with new eyes wondering whether her future lay there. But no matter which side of the world Emma finishes up on, it’s clear that her life will continue to involve the outdoors and a life of adventures.