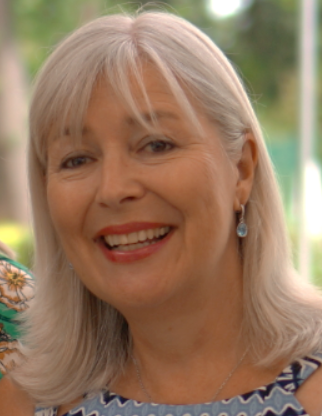 Monique moved to London in the early 1980s only to be told by a prospective employer that she should be working in a pub! However, with a wealth of experience behind her in consumer insight and product management, she was quick to bounce back.

Monique describes growing up all over the North Island. She was born in Auckland, spent her childhood in Hamilton, went to school in the Hawkes Bay and started her studies at The University of Auckland. Her father was a journalist and he had a newspaper that ran in Fiji, so it wasn’t until her parents eventually moved back to Wellington, that she spent her last two years studying at Victoria University.

Graduating with a Bachelor of Arts, Monique went into consumer insights. She acknowledges that very few people go to University with the view to becoming an insights specialist. Whilst doing research for Bonds Hosiery in Porirua, Monique was soon approached for a product management position, where she would oversee the launch of their women’s range.

It was here that Monique had her first break with advertising, as she was poached by Mckay King, the agency on the account for Bonds, now known as Saatchi and Saatchi New Zealand.

In 1984, soon after arriving in London, Monique landed a position at the advertising agency Knights Madell, as a Planning Director. A move that Monique describes as serendipitous as it was here that she met her husband, and one year in London soon rolled into another.

Aware of the misogynistic tendencies of advertising in the 1980s, Monique made a choice to take control of her own destiny. In 1988 she established Drummond Research, an independent qualitative research agency. Monique explains, “I had just got married and we had no maternity allowances at that stage, so if you left your job, you left your job.” Through being self-employed and having her own business, Monique was able to have control over both her career and life without an employer making those decisions for her.

Things then went full circle for Monique, when John Madell (from Knights Madell), joined her business in 2000 to form Drummond Madell; a market research and insights agency. 10 years later, Monique bought out the business from John who was retiring, and rebranded as Relish.

Monique explains that she doesn't think of the agency as her own, but more about the team - growing the team and doing great work. With 25 employees, Monique emphasises, “It’s wanting to be successful and have a really lovely place for people to work, but also doing exciting work for great clients. And that's less about the brand and more about the nature of the individuals.”

On reflection of the past year with the pandemic, Monique describes a ‘new normal’ for many businesses. Come August, things had started to pick up again as budgets were thawed and brands needed to make up for lost time. After this shift, work for Relish accelerated as Monique describes, “what was initially a flat and anxiously low year, actually ended up being a really good year”.

Monique highlights that the focus now for Relish is to build a strong pipeline and to get a team that is used to doing insights, to also do client development. The company's values are to be curious, brave and genuine. “It’s all about client relationships, you can’t just be waiting for inbound briefs, you have to be looking for opportunities.”

When asked for one piece of advice to pass on to new business owners, Monique recommends, “You have to be brave and you have to go for it. Don’t let it be something that you wish you had done.” Emphasising the power of gut instinct, Monique also highlights the importance of honest answers and encourages this through talking to people who you think would buy your product, not those you are already connected to.

In the coming months, Monique will be running one of the mentoring programmes with the NZBWN. She'll work collectively with the group on the skills required for starting out a business. The programme will be designed in a way that allows individuals to collaborate with each other, drawing on each business as a case study.

Keep an eye out on the mentoring page for Monique’s upcoming programme.

Follow Monique on LinkedIn or find out more about Relish.