The Art of Rest: How to find respite in the modern age, by Claudia Hammond 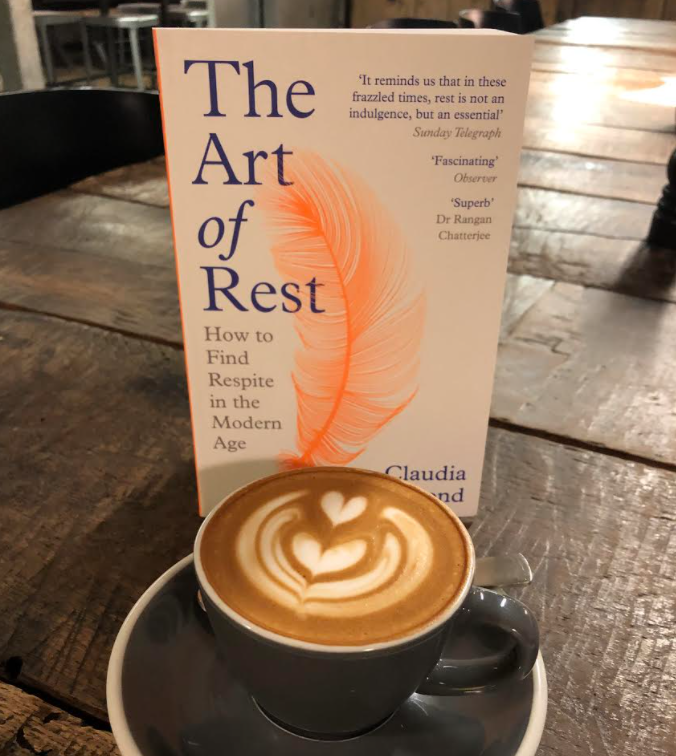 Busyness used to be a badge of honour but nowadays it is becoming less so. We need rest! And rest means different things to different people. It’s not just sleep, but restful activities we do whilst awake. Not getting enough rest affects all age groups and manifests itself in higher rates of depression, more colds, worse memories, and poor decision making.

Claudia and her counterparts set up a survey called the Rest Test which asked 18,000 people in 135 countries about rest. The findings make up the 10 chapters in the book.

Each chapter of the book is dedicated to one of the top ten things people considered restful and the studies around it. Claudia is upfront about the fact that there isn’t as much research around rest and its benefits so some of the studies are very small. Saying that, all the papers are in the back of the book if you wanted to access them.

Here are some brief thoughts on the chapters of the book:

With a scientific head on, we delved into the virtues of mindfulness and discovered that it may work for you and not for others.

We loved the chapter on watching TV as we were given permission that 2 hours or so every day was ok! More than this, we are heading into couch potato territory.

Daydreaming or ‘mind wandering’ was interesting as the brain still was active whilst in its restful state. There were countless studies surrounding this topic which we should all embrace.

A nice hot bath was 7th in the list as it could be said we were also doing something besides resting. We were actually getting clean.

A good walk had a great deal of science behind it not only for the health benefits but the justification for it outweighed the guilt in taking a walk. There was some evidence for the runners amongst us also.

Solitude becomes loneliness once it is no longer optimal, and doing nothing is only restful when we choose it for ourselves. Doing nothing is great if you have been stumped on finishing a crossword puzzle or forgotten your old flatmate’s name. It normally comes to you after a period of rest (or the middle of the night) when you have been doing nothing in particular.

Listening to music was discussed with an interest in what type of music, what mood you were in or wanted to be in, or genre of music and whether you listened with others or in solitude.

The ‘I want to be alone’ chapter could have been written entirely differently if we were two years on from the global pandemic and working from home. The enforced being alone could be a great debate topic compared to choosing to be alone.

Nature bathing or ‘spending time in nature’ for only 30 minutes made people feel rested. Those who had been to the seaside or nature reserves appeared to have the most benefit. This could explain why the beaches in the UK are crazy when the sun shines.

Reading came out as number one which will make the bookworms feel less guilty about their overflowing bookshelves.

Claudia’s goal of the book was for readers to find ‘a fresh way of thinking about how they use their time’ and we are invited to write our own prescriptions for rest.

All in all, ‘The Art of Rest’ is an easy read broken down into 10 easy chapters with research backing up the science.

No guilt now when I watch TV, daydream, or soak in a bubble bath. Thank you Claudia Hammond.

Join us for the next book brunch.