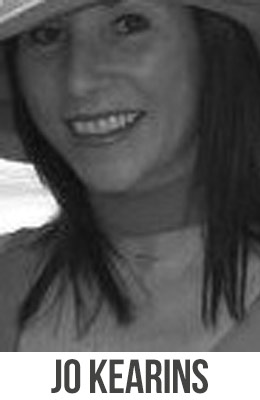 Introducing Jo Kearins, Associate Director at Luther Pendragon - an independent integrated communications agency. Jo is originally from Te Kuiti in the King Country. After attending the University of Auckland and graduating with a BCom majoring in Marketing, Jo set off for London to do her 'big OE' in 1996. Since then, Jo has had two stints back home in Auckland, interspersed with four years in Amsterdam and now the UK again having returned in early 2011 as part of a secondment assignment with Insurance Australia Group.

Jo joined the network not long after arriving in the UK in 2011 because she was working and living in Shenfield, Essex and needed an excuse to get to London more often! At the first event she attended, Jo met a number of amazing ladies but none more so than Paula Beattie and Rochelle Roest - also attending their first event - who became firm friends. They're still getting into trouble together nearly two years later.

Jo says that the best thing about the network for her is the opportunity to meet so many interesting and successful Kiwi women who understand the best and worst bits of being a Kiwi who has chosen to live on the other side of the world from home. "There's a lot of support when you're in a room full of different but essentially like-minded women - and there's a lot of interesting conversation and fun. I've been job hunting for a few months and through the network I was given so many leads and introduced to some really great people and organisations. Most of all though, I like feeling close to other Kiwi women and sharing that connection".

Jo has been living in Islington for the past six months and recommends "almost every shop, restaurant and bar on Upper Street" as well as The Life Centre for great yoga courses and Sweaty Betty for free weekly running and Pilates clubs. Jo is also a big fan of SushiSamba in the Heron Tower but her favourite Kiwi place is Peter Gordon's Kopapa in Seven Dials, Covent Garden.

When she's not writing for work, Jo occasionally publishes some bits and bobs on http://jokearins.wordpress.com