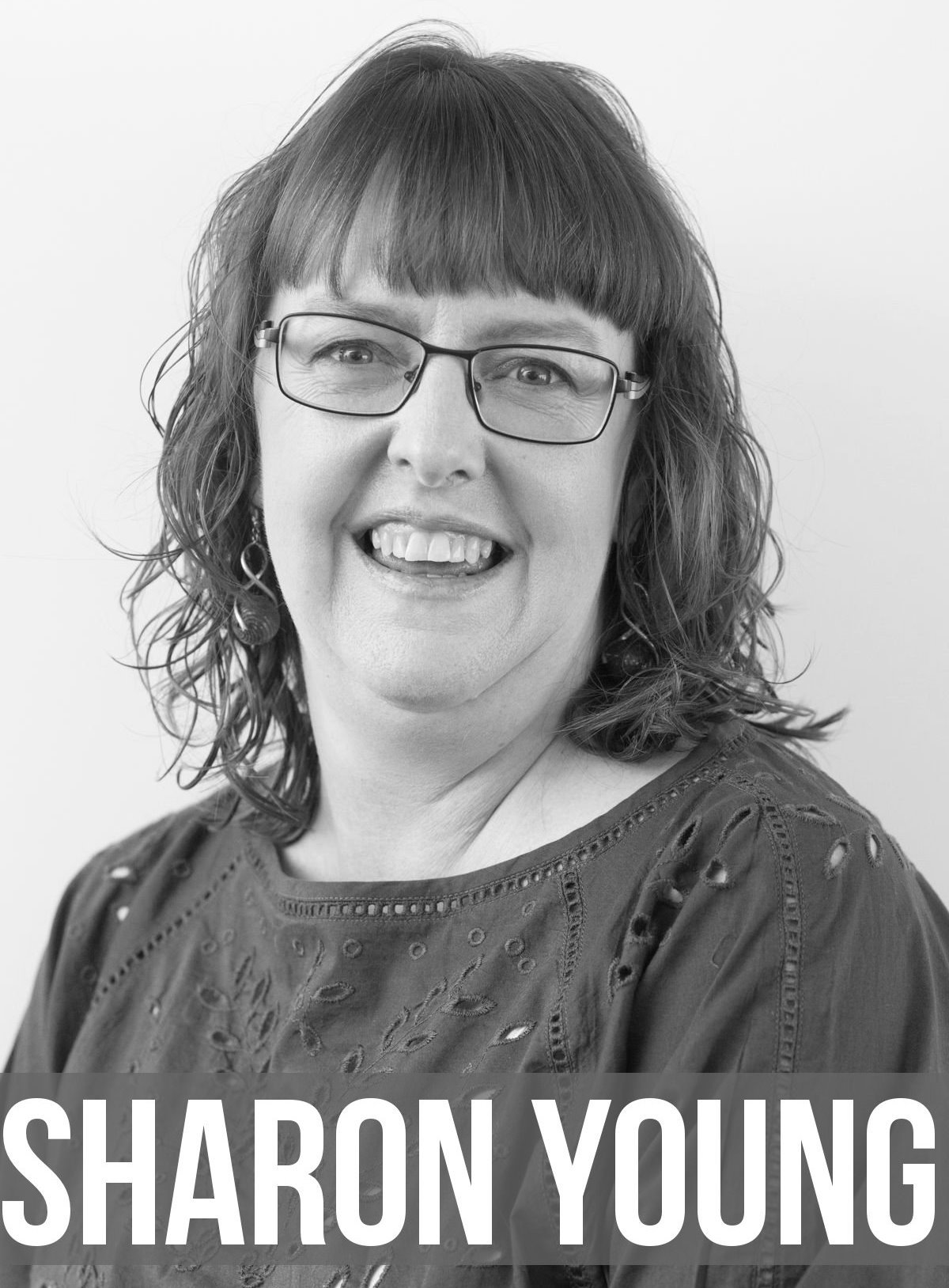 Sharon Young wryly recalls her first experience of football - “I was dragged along as my brothers played and I hated it to start with”. However, this initial reluctance soon developed into a love of the sport, and by high school and college she was playing for clubs in Takapuna and Birkenhead. Although, she had the opportunity to play at a regional level, Sharon has always enjoyed the social aspect of the game and played for a North London club and for 5-aside teams for a number of years.

Originally born in Braintree in Essex, Sharon emigrated to NZ when she was five and a half, after a five week seaward journey. Growing up on the North Shore in Auckland with her four brothers, Sharon embraced the kiwi lifestyle and was the first of her family to lose her British accent. She also spent a lot of her time at the beach, which inspired her to swim at a competitive level for Northcote College.

An admitted “rebel”, Sharon spent a lot of her youth playing pool in the local working man’s clubs, and in her final years at school was considering becoming an architect (after taking tech drawing) or an air force pilot. However, in the early 80’s women were not accepted for combat positions, and Sharon instead fell into data entry, accounts, and admin work as numbers and maths came easily to her. Instead of returning to school, Sharon chose to stay in full time employment and tried to earn money to travel, although she admits she was “hopeless at saving”.

In 1988, Sharon came over to the UK for her big OE, as her older brother and other family were based here, and ended up temping and working on several contracts. Clubbing together her savings and with a loan from her brother she was able to move into a flat with 15 other like-minded Kiwis and Aussies. In 1994, she made a New Year’s resolution to move back to NZ and in November 1995 she returned, although sadly her parents separated not long after this. Before she left the UK, Sharon had also met and fallen in love with a young man, so decided to come back to be with him and the pair were married after a number years.

Upon returning to the UK Sharon landed a job with Pizza Express which was just starting to gain momentum in the UK. However, Sharon realised that her lack of formal qualifications might leave her at a disadvantage if she were to leave the organisation and after 4 years of part time study gained her ACCA accounting qualifications. She also soon began climbing the career ladder, moving from Assistant Management Accountant to Group Management Accountant, as Pizza Express had a strong internal promotion culture and had grown as a group from 36 to 300 restaurants.

Sharon then decided to make the move to Clapham House, a restaurant consortium consisting of the Real Greek, Bombay Bicycle Club, Gourmet Burger Kitchen and Tootsies, where she stayed for 7 years working her way from Management Accountant to Financial Controller. After her brother passed away suddenly in 2010 from a brain tumour, Sharon’s focus and perspective shifted, and she decided take a step back to spend more time with family. She began working part-time for two ex-Directors from Clapham House, David Page and Nabil Mankarious, whilst continuing to work part time on the GBK accounts.

Slowly, the private work took over and Sharon was asked to join David and Nabil as a Director of Room 307 Limited, providing outsourced account services to a number of companies that David and Nabil were investing in such as, Meat Liquor, Franco Manca, Bukowski, Rocca, Wild Caper Deli, Chillbox, and Fixed. This has provided Sharon with a number of challenges including setting up Box Park in Croydon, which involved preparing five restaurants to open on one day, and educating and dealing with first time operators who were not financially minded.

Over the last three years, Room 307 Limited has thrived with the headcount growing from 3 to 20 employees. Sharon says she enjoys getting involved in the staff management aspect of the business, but admits that this can be time consuming and the rewards mixed at times. However, she likes “being able to have a say in the future and direction of the company” and feels lucky to be in this position as she “never pictured herself as a career girl”.

Sharon first heard about the NZBWN when her mum spotted an article in the paper on that year’s NZer of the Year, Bronwen Horton. After googling for more information Sharon decided to attend an event at which she meet “some inspiring and amazing like minded NZ women” who encouraged her to become part of the network. During the last four years she has sought to get further involved by joining the Development team, and has enjoyed using her knowledge to assist others by mentoring Kylee Newton of Newton and Pott, and providing advice to companies such as Karma Cola.

No stranger to the outdoors, Sharon also continues to seek out new physical challenges. In 2011 she ran the London Marathon for Brain Tumour UK in honour of her brother, and most recently swam 1 mile at Lake Windermere in celebration of her and her sister in law’s 50th birthday. She has climbed 68 out of 286 Munros in Scotland (mountains over 3000ft), and is looking to equal her husband’s total of 130 Munros so far. Sharon’s thirst for adventure has also led her to cage dive in South Africa and in the future she would love to travel to Peru to climb Machu Picchu, one of the many destinations on her bucket list.