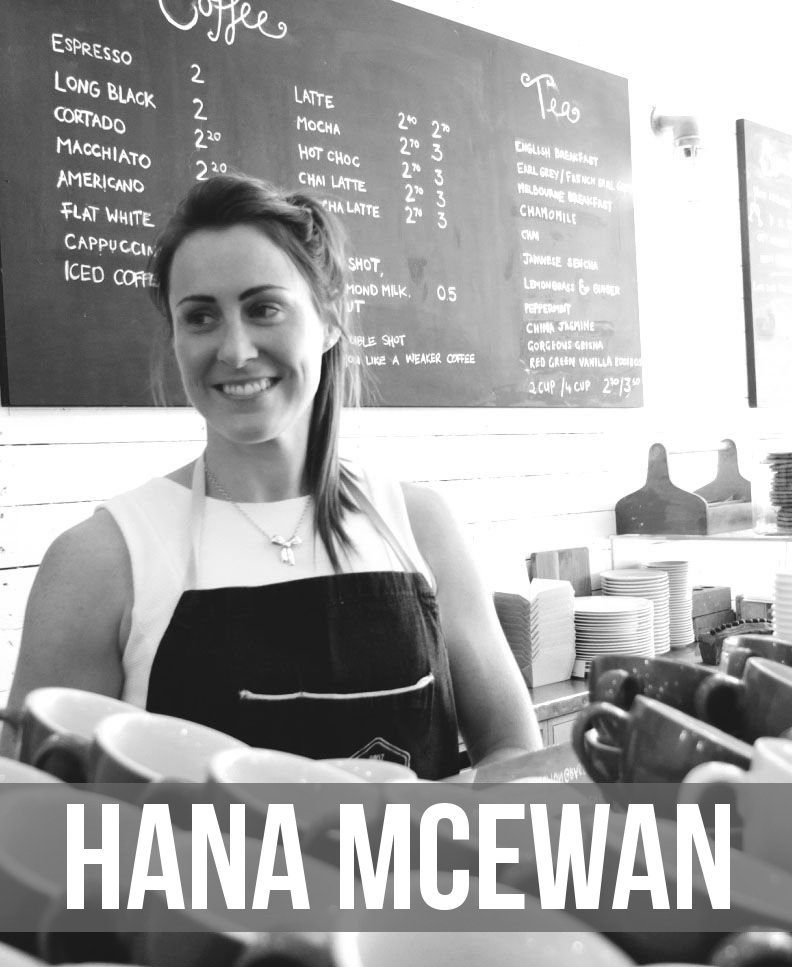 The first seeds of entrepreneurialism were planted in Hana McEwan when she completed an elective paper during her studies at Auckland University. The paper required teams to come up with a business idea and present it to judges in a 'Dragons Den' type scenario. Hana put a lot of energy into the paper and noticed it “didn’t feel like work”, with her team subsequently coming runner up. From there her interest in start-ups grew, leading to her opening our favourite South West café Flotsam and Jetsam.

Hana graduated with a BCom (Marketing) and BA (Employment Relations) in 2005 and started her career in the Brand and Marketing team at ASB Bank in Auckland. She recalls ASB being “the perfect place to start the first few years of her career”, and was lucky to learn a lot from inspiring managers and work on exciting and innovative campaigns.

Her time at ASB drew to a close when her boyfriend (now husband), Brad, had the opportunity to represent Samoa at the Olympic Qualification Regatta in Lucerne in 2012. They decided to extend their time in Europe, and moved to London to take advantage of the Tier 5 Youth Mobility Visa while they were still young enough.

After road tripping around Europe for a few months, Hana was lucky enough to land a job in the Heathrow Airport social media team, after being interviewed by a fellow Kiwi. She stayed at Heathrow for two years, and her role gave her an appreciation of just how powerful social media is as a customer service channel – something she keeps in mind running her own business today. While working at Heathrow, Hana often spent her weekends going for coffee and brunch, as a way of exploring new neighbourhoods and ticking off things off on her 'London List'. She quickly noticed that the good independent places were generally run by antipodeans, and had food and service that was in a league of its own. She didn’t see a reason why she also couldn’t set up a café on the other side of the world, and from there she started writing notes about the places she visited - what she liked/disliked, the number of staff working, the level of table/counter service, menu options, interior etc, all helping her visualise what she would want her own cafe to look and feel like and to identify where there were potential opportunities. This formed the basis of her business plan, which she and Brad chipped away at over a few months. This evolved into the opening of Flotsam and Jetsam in 2015.

The café has a nautical theme, with coastal interiors that remind you of New Zealand bach life (the term Flotsam and Jetsam means bits and bobs that wash up on the beach off boats). After opening the café, Hana was on the floor working 7am - 6pm, seven days per week and then coming home at night to do the admin side of the business. On reflection she admits this was rather exhausting! After six months the café became more established, allowing her to hire a few more staff and freeing up more time to work on the business. Her days now involve a mix - some days she is doing admin - payroll, accounts, speaking with suppliers, answering enquiries, whereas other days she is working at the cafe, either Front or Back of House - wherever she is needed. She enjoys being hands on and working with her team, as it enables new ideas and improvements.

Hana credits a number of people who have supported her in setting up the café: there was the friend and fellow business owner who helped her find an estate agent, the Kiwi tradesmen who completed the fit-out and renovations, her coffee supplier who set up the machine and trained staff, and the people in the industry who helped guide her when she initially felt anxious about her lack of hospitality experience. She has also had support from family members, friends and her husband Brad (her rock), who frequently help out in the café despite all leading busy lives of their own. Hana feels that she couldn’t have done it without them!

The café has seen a number of successes in its early years, they have a number of regulars who they often see daily and in 2016 the café won a 'Time Out Love London Award'. This was a huge achievement for the team, and Hana found it rewarding to know that the café had made an impact in the Wandsworth community and wider London. Going forward she is continuing to streamline processes to make the business more effective and she also puts a lot of work into coming up with exciting and new menu options for customers and staying on trend. One day when the timing is right she would like to expand the business with a second site. 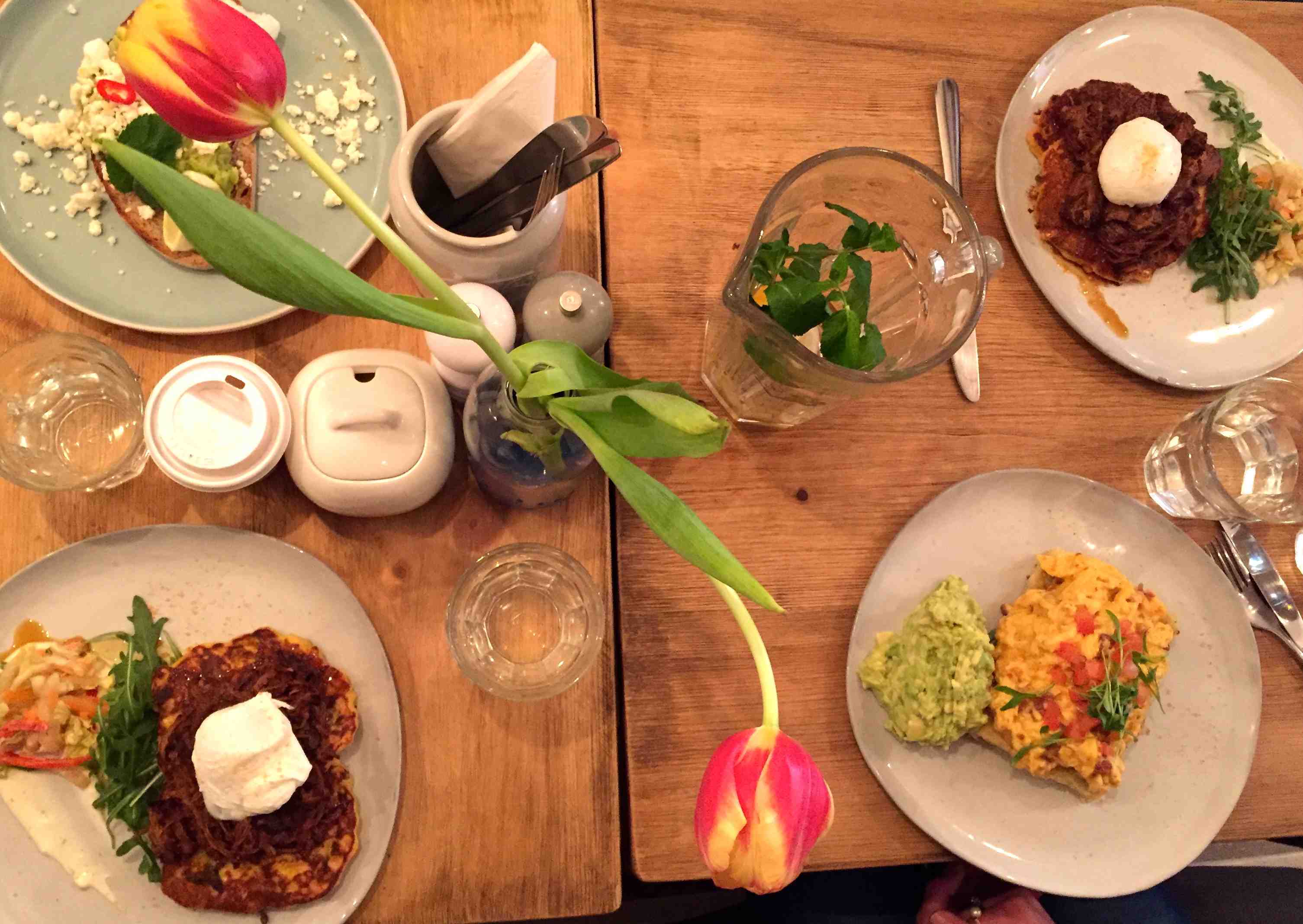 If you haven’t already been, we strongly suggest you give Flotsam and Jetsam a visit as soon as possible (seriously – just look at that spread!). As well as serving exceptional food and drinks, the café runs a monthly 'Barista Basics' course, where you can learn the art and skill of making coffees (espresso shots, steaming milk and pouring latte art), there are monthly seasonal Supper Clubs and you can even hire the space for private functions (think birthdays, engagement parties or even wedding receptions). Click here for more information.

And if you’re stuck on what to order once you’re at the café, then Hana recommends her favourite: the Chorizo Scramble on homemade cornbread, with a side of smashed avocado and washed down with an Allpress latte. Get there now!