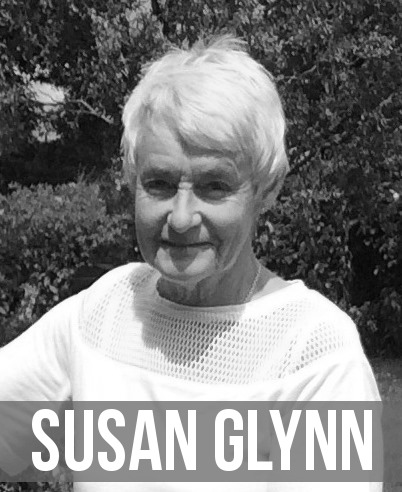 What do Margaret Thatcher, the Queen, Kiri Te Kanawa, the All Blacks, Grant Dalton and Helen Clark have in common? They all happen to have been fortunate enough to have been fed by Suze Glynn. You don’t know Suze Glynn? Well, if you have been living in or passing through London in the past 35 years, you may well have either met her or enjoyed her catering. Or, for those expat New Zealanders living in the UK and hankering for the tastes of home, it’s very likely that you have Suze and her husband Tom to thank for the ready availability of Marlborough Sav Blanc or greenshell mussels. They are widely credited with being pioneers in the London catering scene although that was never the plan when they left New Zealand for the usual OE in 1976...

Hailing from Alexandra and Southland, Suze and Tom taught at the same primary school, and when they headed to London it was with the idea to enjoy a taste of Europe then return home and resume their teaching careers. But the best laid plans often go awry especially when you find yourself in a metropolis like London where you learn to turn your hand to whatever opportunities present themselves. And so it was that they inevitably started working in bars. One thing lead to another and within a couple of years they were invited to buy into Shampers, a wine bar just off Carnaby St.

For eight years the Glynns helped run Shampers and it was here that catering supplanted teaching as a long term career option. Those were the halcyon days of long boozy lunches and limitless expense accounts, with closing time at 3 pm, and bars reopening at 5. Shampers was in the heart of the advertising agency area and the Glynns were thrown into a raucous, heady atmosphere that bore little resemblance to the Deep New Zealand South they had grown up in.

But if they found things different, they also made a difference in their own way. In those days City and West End wine bars were still very much a masculine environment, all pinstripe and braces. Women could work in wine bars but heaven forbid they were found drinking in them. Shampers, with its laidback approach and Liberty fabric tablecloths (made by Suze’s mother during a visit) broke that mould.

Shampers boasted another point of difference. New Zealand wines and, before too long, food. Suze and Tom championed their homeland’s wines and started to become closely involved in the industry. It’s fair to say that they were at the forefront of the development of the New Zealand wine movement in the UK in the days when Cook’s Chasseur and Blenheimer were about as sophisticated as it got.

After eight years they were ready to spread their wings and go out on their own. Leaving Shampers was a wrench, but the chance to create their own place, which they called Suze, was the logical next step. They had the experience, the contacts and, importantly, the confidence by then to go it alone. And it was at Suze, initially near Baker St and later in Mayfair, that their reputation and link with New Zealand food and wine really took off. A chance meeting back home at the Riverton races with a guy exporting greenshell mussels was the start. Orange roughy and other Kiwi seafoods followed, as did New Zealand lamb and venison.

It was hard work, but not without its perks. Being involved in the restaurant industry meant that besides meeting all sorts of famous guests, they themselves were often wooed, with annual invitations to Wimbledon and other wonderful treats. Sadly these disappeared when they sold Suze around four years ago, but Suze and Tom felt that after three decades working in the restaurant industry, it was the right moment to sell. However, they couldn’t face the idea of completely leaving the sector and so they maintained the catering arm which they had developed some years earlier.

Over the years they’ve worked with and for Air New Zealand, NZTE, the New Zealand High Commission and many other bodies, often for cultural, diplomatic and sporting functions. When asked to name some of the most interesting events they have catered for, Suze immediately mentions a function at which Margaret Thatcher spoke, describing her as incredibly compelling and inspiring even though she was advancing in years. Suze also recalls having to sneak a latecomer up the back stairs to a function at the New Zealand High Commission where the Queen and Prince Philip were guests of honour whilst on another occasion she spent 30 minutes distracting the New Zealand Speaker of the House so that she didn’t notice that her host, the High Commissioner (who had locked himself in his home), was running terribly late. A talent for improvisation comes in useful in the catering industry.

Suze ascribes their success to a number of factors. Definitely timing was one of those, with them being in the UK at a time when the New Zealand wine industry was just starting to take off internationally. Paying their dues in the time-honoured fashion of doing the menial tasks and just keeping their heads down, working hard and being happy to learn was also key. “Running a restaurant is a very particular lifestyle, with every day like a performance. It was a daily grind and I definitely don’t miss that, but what I do miss is its wonderful social aspect”.

Given that they’ve now lived in London for over 40 years, how do they see themselves when it comes to nationality and loyalties? The answer is very simple: “We’re Kiwis living in London and feel extremely proud and fortunate to promote New Zealand”. They also try to use Antipodean staff where possible (often the children of friends who head over to London armed with the Glynns’ contact details) for their energy and attitude.

Over four decades Suze and Tom have managed to create a great lifestyle in London and Europe but they also get back home for six to eight weeks a year in the name of research / holiday. It doesn’t get much better than that.

Looking forward to a great evening ahead with delicious food & @SeresinEstate wine, with a fab line up of Kiwi Entr… https://t.co/9pJYFAdgpd

RT @NewZealandBeer: If you're looking to celebrate Waitangi Day with us on 6th February, get ahead of the game with some amazing FRESH New…

Our next #nzmmm is February 3 at @OZONECOFFEEUK. Whether it's your first time or you haven't been in a while it's a… https://t.co/bFavKYWa09