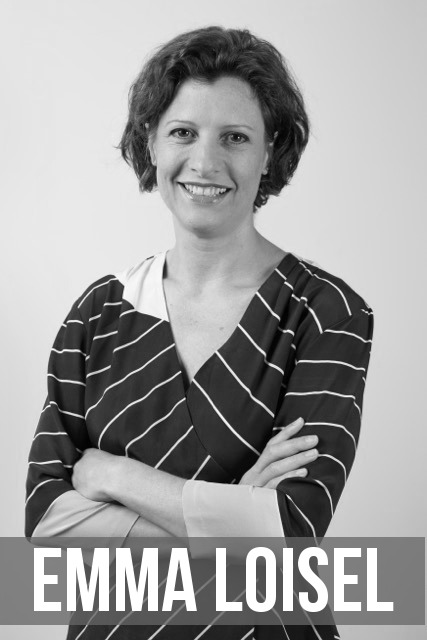 When Emma was at primary school, her mother was told she was so severely dyslexic, it was unlikely she would learn to read or write. Emma’s mother is not one to give in to adversity easily so took matters into her own hands and removed nine-year-old Emma from school. After four years of home schooling, Emma went to secondary school and left after the 6th form for university where she achieved a BA and a Masters in Criminology – all despite her primary school teacher’s predictions.

Having overcome dyslexia, Emma now believes it is one of her biggest assets. “Once you get dyslexic children to a point where they can compete on a level playing field then they have a huge advantage because they can see problems from a different view point.”

This difference in perspective is something that Emma brings to her business life where she is currently Chief Operating Officer (COO) of The Exchange Lab – sold to global media agency giant WPP in 2015 - and Chair of Volcano Coffee Works, a London speciality coffee roaster she co-founded in 2010. “You need a constant juxtaposition of viewpoints and different perspectives to find solutions to difficult problems, and to see growth opportunities others have missed. I celebrate difference in teams, although ensuring everyone works collaboratively from their different positions is the secret.”

But back in the day, Emma had a different sort of team in mind. She was on the NZ Olympic development squad for three-day eventing and cheerfully admits that school and university had to fit around horses. Emma developed her competitive side training alongside eventing legends Mark Todd and Blyth Tait. But that wealth of kiwi talent created challenges for newcomers and at 19 Emma was told that it would be seven years before she could hope for a place on the Olympic squad. At that point, she quit the whole sport ‘cold turkey’, handing her team of horses to her sister and going to Melbourne to try something new. Emma says while it is always a pleasure to watch the likes of Mark and Blyth competing, every time she sees them at the Badminton Horse Trials it reminds her that “changing tack was the best decision I ever made!”

In Melbourne, she acquired her Masters in Criminology with a focus on white collar crime and became the first civilian to carry out research for the Victoria fraud squad. She then set her sights on the UK, ‘bulldozing’ her way into a job as a researcher with a UK based corporate fraud company where she worked alongside former MI5/6, CIA and KGB members and was promoted several times in a single year. From there, she moved into practice management for KPMG and became the Business Manager for the UK consulting company, overseeing a business made up of 3,000 consultants before becoming COO of Metrius, a creative consulting agency spinout of KPMG. After three years in the City, Emma decided to go back to a smaller business and became Managing Director of two online media businesses, Atlas Europe and Mediabrokers. These companies had an initial turnover of £2 million but over three years Emma and the team scaled them to an annual turnover of £28 million, delivering maximum earn out value to shareholders when the companies were acquired in 2007.

Growing and selling businesses is all-consuming, so Emma decided against another senior management role and moved into Angel Investing and advisory work. For the next five years, Emma focussed her efforts on seeking out and investing in ventures and providing board and advisory services. Then the phone rang: a group from her first media businesses had formed a new company and Emma became COO of The Exchange Lab. The business raised $5 million from the Business Growth Fund and invested in building unique technology that is changing the landscape of programmatic digital media. The Exchange Lab currently serves over 700 clients across 50 markets worldwide and in 2015 it was bought by the largest global media agency group - Sir Martin Sorrell’s WPP.

In 2010 Emma invested in a London-based specialist coffee roastery, which was rebranded as Volcano Coffee Works, and which she now chairs. Initially the roastery produced 30 kilos of coffee a week. Now it produces three tonnes of coffee weekly and leads the London market in supplying top restaurant brands. Volcano’s success means it is able to pay its coffee producers double the amount paid by Fairtrade. “For speciality coffee to deliver the global change it is capable of, everyone in the supply chain needs to ensure they run successful, robust businesses, that’s from the coffee growers to the cafes and everyone in between. Then we will achieve speciality coffee at scale, and that’s when real change will happen for the coffee growing communities, most of which live in the poorest parts of the world.”

Volcano’s success has also allowed it to invest in innovation and it is the first specialty roastery to put its coffee in a single serve, the Nespresso Compatible Pod, which won Most Innovative Product at London Coffee Festival 2017. This is the first fully compostable coffee capsule to contain great, fresh coffee and while the standard Nespresso capsule takes 500 years to degrade in landfill, Volcano’s compostable version takes only 150 days. Emma’s hope is that once coffee drinkers realise that a great tasting compostable pod is available, consumer pressure will force giants like Nespresso to adopt the more environmentally friendly alternative.

This year, will see Emma, husband Olaf and young daughter Ida move back to the southern hemisphere for at least a couple of years. Emma says she is practicing what she preaches about professional management by putting a managing director in place at Volcano, but she will continue to chair from NZ and expects to be back fairly regularly, “I worked out a flight from Auckland to London is the same travel time as my current commute for two weeks, so travelling back now and then doesn’t feel so daunting.”

After some time out Emma will start thinking about what to do next. Friends who have witnessed her through such phases before tell her it won’t be long until she needs something to keep her busy. One thought is to look for other non-executive work ... so some lucky companies may get to experience the Emma Loisel touch.