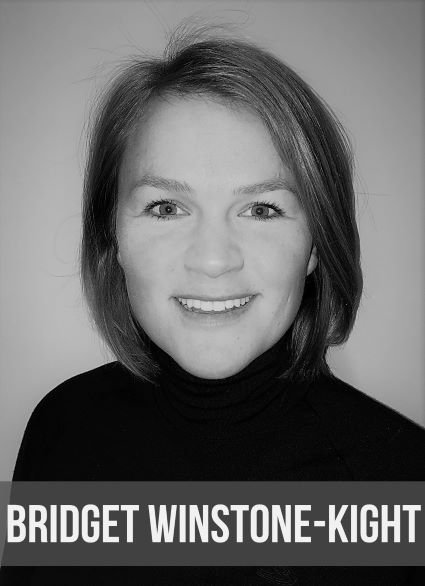 Bridget Winstone-Kight would be the first to say that she wasn’t totally overjoyed to be leaving London after eight years away and returning to New Zealand in time for Christmas 2017. However, her husband, Sam, was to take over the management of his family business and so they returned to Auckland with one-year-old, Ted.

Bridget, an investment manager, says: “I was very nervous about going back. I am career focused, had just finished an MBA to advance my career, and believed I was cutting off my options. I thought life and work would hit the ‘Pause’ button in New Zealand, but I shouldn’t have been so nervous. I was guilty of assuming that everything would be the same as eight years ago but things have changed. There is an air of excitement around early-stage tech businesses and greater awareness in our home-grown companies: people are talking about them, investing in them and working with them.”

Bridget has taken a role at a young venture capital company, the Punakaiki Fund, investing in high-growth kiwi businesses and is acquainting herself with the kiwi investment ecosystem while building the fund in preparation for a public listing.

She hasn’t exactly finished up right back where she started as Bridget was born in a coastal village called Akitio, an hour’s drive from Dannevirke, and has memories of riding ponies along the beach to primary school. Secondary school was Woodford House in Havelock North and Bridget still calls the Hawkes Bay area ‘home’.

By school age she was playing hockey for Hawkes Bay so she selected Canterbury University on the basis that it was the national centre for hockey at the time. Although she was tempted by a fine arts degree, Bridget opted for both law and science degrees while at the same time playing for the Canterbury hockey team and then the New Zealand team. With a work ethic that saw her achieve highly academically as well in the sporting arena, Bridget says she had to ‘train smart’ to keep up with her hockey peers and sacrificed most of her social time. “I had to be very organised, very diligent and just had to work harder on the different aspects of my life.”

NZ hockey moved to Auckland so having finished her law degree, Bridget completed her final science papers in the city of sails. A summer internship at Russell McVeagh resulted in the offer of a job and Bridget found herself one of only two players in the Blacksticks who also held down fulltime jobs. Bridget knew something had to give so in early 2010 she retired from international hockey. “I was devastated and felt like a failure compared to some of my teammates with more caps or more international tours, but hockey was never a career choice and in retrospect I know leaving was the right decision.”

Bridget finished the season as captain of the Auckland hockey team and then decided it was time for a complete change. Backpacking through South America was followed by eight months in Africa with her then boyfriend and now husband, Sam, before she took a law job in London.

But Bridget felt the call of something outside law. She enjoyed the creativity and challenge of trying to set up a footwear company but soon realised that she hadn’t done enough due diligence on the ‘ferociously competitive’ UK footwear market. ”I was really trying to run before I could walk.”

Following a conversation with a UK entrepreneur and self-made billionaire, Bridget was invited to join his private investment business – a four-year stint which Bridget describes as transformational. “I moved from being a lawyer with broad commercial experience (and dabbling as an entrepreneur!) to being involved in every aspect of an investment deal from due diligence, negotiations, closing, governance, process improvement, and portfolio management. Working alongside management of some of our companies was my first real touchpoint within a business and I loved it.” Looking to validate her experience and build on her ‘life after law’, Bridget began a two-year MBA at the London Business School on the executive track (for more senior management level students). The MBA was another experience which Bridget describes as ‘game-changing’.

While working in the investment space, Bridget was also developing her directorship portfolio with governorship roles in two schools and being the company secretary for Parkour UK at a time when supporters of parkour, or freerunning, were campaigning for official status. Bridget helped them in the build up to recognition as an official sport which came in 2017 in the UK.

Which brings us back to today with Bridget, Sam and Ted all living in Auckland. But it’s not just the early stage kiwi business scene which Bridget is enjoying being involved in. Bridget has accepted a board role with Yachting New Zealand at a time when female representation in the sport at all levels is under the microscope. “I decided that if I’m living in New Zealand, I was going to get involved in ways which make a difference to New Zealand and New Zealanders.”

In achieving this in her few short months back in the country, Bridget credits the value of both already having a network in New Zealand to return to and the ease with which people can build networks there. “People are very willing to open the door to their own networks and it is definitely easier to have those conversations in New Zealand than in London.”

With that in mind, Bridget says she is truly happy to be contacted by anyone in the New Zealand Business Women’s Network who may be thinking about returning to New Zealand to talk about the early-stage business and investment space or just more generally about what’s happening ‘down under’.