For many people, Coronavirus has been at least a change of pace and at most a life changer, whether that be a new job, or even moving back to New Zealand. 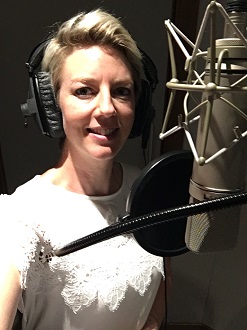 Faced with the prospect of not having her usual drumbeat of work, Tiffany Hardy did not let losing her job stop her. She spent time reading and thinking about what she wanted to do with her career, before rapidly deciding to set up her own business mid-crisis.

Reading our book club book, The Squiggly Career, was a game changer – it sparked the passion in Tiffany to use her skills more to help people. The book is based on the idea that we don’t work our way up the career ladder any more, instead we squiggle our way around.

“I have had quite a squiggly career, working in radio, TV, the travel industry and in production, so it’s been quite the squiggly ride,” Tiffany said.

After reading the “Super Strengths” chapter of the Squiggly Career it really made her think and assess things. Not only did it get her to figure out her super strengths, but it pointed out that the ones that are most important are not necessarily your strongest strengths, but the ones that you enjoy the most and that make you happy.

This is where V!TSOL Media was born. She decided that she would only focus on work she enjoyed and work with people she liked and who had a similar mindset. She had been working as a Producer, Production Manager and Director, amongst other things, while working her way up in film and TV production. “I was trying to side step into things I enjoyed like presenting and voiceovers - it didn’t work! I was there to produce and people didn’t always know my background, or other strengths.”

So Tiffany decided that she would get back into presenting, launch herself as a Voiceover Artist, combine her presenting and directing skills as an On-Camera Coach and also host more events as an MC, as she really loves doing that.

She has always had a variety of interests, variety of tastes in music, a variety of friends and contacts and has worked in a variety of jobs, industries, cities and countries and has always loved the saying ‘Variety is the Spice of Life’. So this is where the name V!TSOL Media comes from. “I thought of it a long time ago, long before I even left NZ. VITSOL on it’s own was already taken so I added the media part, which also helps explain what the company does.”

As well as taking on the role of MC for our network, Tiffany has also taken the time to give our members her top tips on perfecting your presenting on video calls, as part of our online Masterclass series. For those that missed her interactive session, which involved some seriously interesting facial exercises and vocal noises, some of her top tips include:

Before making the move to London Tiffany had a pretty impressive career in New Zealand media – she worked in news for TVNZ, Radio New Zealand and Southland TV, as well as an announcer for The Rock and More FM radio stations. More recently she has been behind the scenes, making films and content for many global brands.

She’s interviewed the likes of Sir Edmond Hilary – famous for being the first person to climb Mount Everest, broke the news of Michael Jackson’s death on live TV, and interviewed NZ Prime Minister Helen Clark on a number of occasions. She was also one of the original presenter/producers for digital, factual channel TVNZ7, broadcasting live hourly news bulletins, but left to go travelling before the plug was pulled on the channel.

Tiffany grew up in Invercargill and her passion for TV and radio comes from her love of watching TV (her family used to call her the TV guide, as she’d always know what was on), having the radio on in every room in the house, even if it was a different station, and growing up competing in speech and drama, along with her sisters. Tiffany got her first job in TV at age 12, cable running at rugby games for Mercury Television (rebranded Southland TV, then Cue TV) and her first presenting job at 16 after doing a school project on the local TV station.

She moved to the UK at the start of 2016, driven by her love of travel and curiosity to explore the world. One of her many travel milestones is driving 68,000km across Canada and America in a year, in a 1991 2-door Toyota Tercel named Terry.

Watch out for Tiffany in our future events and make sure you follow her on LinkedIn – she’s always got some good tips.