Struggling to make herself understood at the mobile phone shop and stifled by the humidity on the walk there, Jodi Zervos found herself wondering if she’d made the right decision moving to Hong Kong a few years ago. “It was hard at the beginning. It takes time to get to know a place.” But her kiwi determination kicked in, she gave it time and eventually settled in. 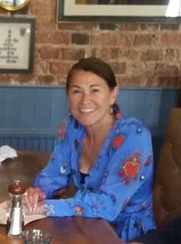 Jodi has always had a sense of adventure. She moved to Cairns from Auckland when she was 18, where she discovered her passion for diving around the Great Barrier Reef. There, she also started her career in hospitality. It wasn’t what she’d planned, but she’s philosophical about the paths we end up on. “Everything in life is an opportunity put in front of us,” she says. “I always ask myself: Am I learning? Am I growing? And if it feels right, I follow it.”

So when bitten by the travel bug, she started a new adventure in the UK, travelling and exploring for a number of years. She also worked managing catering contracts for the British Museum and the Barbican.

After feeling the pull to return back to New Zealand, Jodi transitioned her career into the wine industry where she uncovered her passion for understanding people’s drive and purchasing behaviours. Developing her skills further in this area led her to a job opportunity with Nielsen in Hong Kong. Excited, she felt like it was time for a new challenge. “I wanted to feel a little bit frightened.”

Despite moving there on her own and not knowing anyone, she was determined to immerse herself in the local experience. “It was tough in the beginning, but I told myself that it was a two year project, and something good will come out of it. It takes that long to work a place out anyway. The first year you’re just finding your feet.”

She settled in and made local friends, rebuking some of the well-trodden expat paths in favour of her own discoveries. For example she often caught local buses, much to the confusion of others who typically took taxis. It was fortunate though that she chose to take a taxi on one occasion, as that’s how she met her husband. He was waiting at the same taxi rank one rainy morning, and when she asked if anyone wanted to share a cab, he said yes.

As her time ended in Hong Kong, Jodi moved back to the UK with her husband, where she is living today. She found it to be a whole new experience the second time around. “I noticed more of the diversity of nature and the beauty of the architecture. Plus I never get tired of the history, theatre and music available.”

In London, Jodi and her husband set up a distribution business for Merino Kids, working largely with kiwi women or those connected to kiwis. It was a challenge transitioning into managing her own business, and also working with her husband!

In 2019 she was approached by Blunt Umbrellas CEO, Todd Graydon, who she’d known for years. She agreed to take on the role of Market Manager for the UK and fell in love with the brand. “I didn’t even use umbrellas before, but these are just the most fantastic things ever.”

She says that customers are their biggest advocates. “People love telling you about their experience. Some love the clever technology, others love the design and their beauty or how it makes them feel when carrying it.”

Jodi’s plan is to get Blunt Umbrellas into as many hands as possible, and that’s been no easy task over the last year. She’s had to adapt to a lot of changes and figure a lot of things out on her own, but she says they’re building the brand steadily.

“We’re constantly evolving the product to be the best that it can be,” she says. They have a strong ethos of ‘repair not replace’ too – with a two year guarantee, they aim to repair broken or damaged products within a couple of weeks.

You can get your own Blunt Umbrella at https://bluntumbrellas.co.uk/. Use code NZBWN20 at checkout to get 20% off.