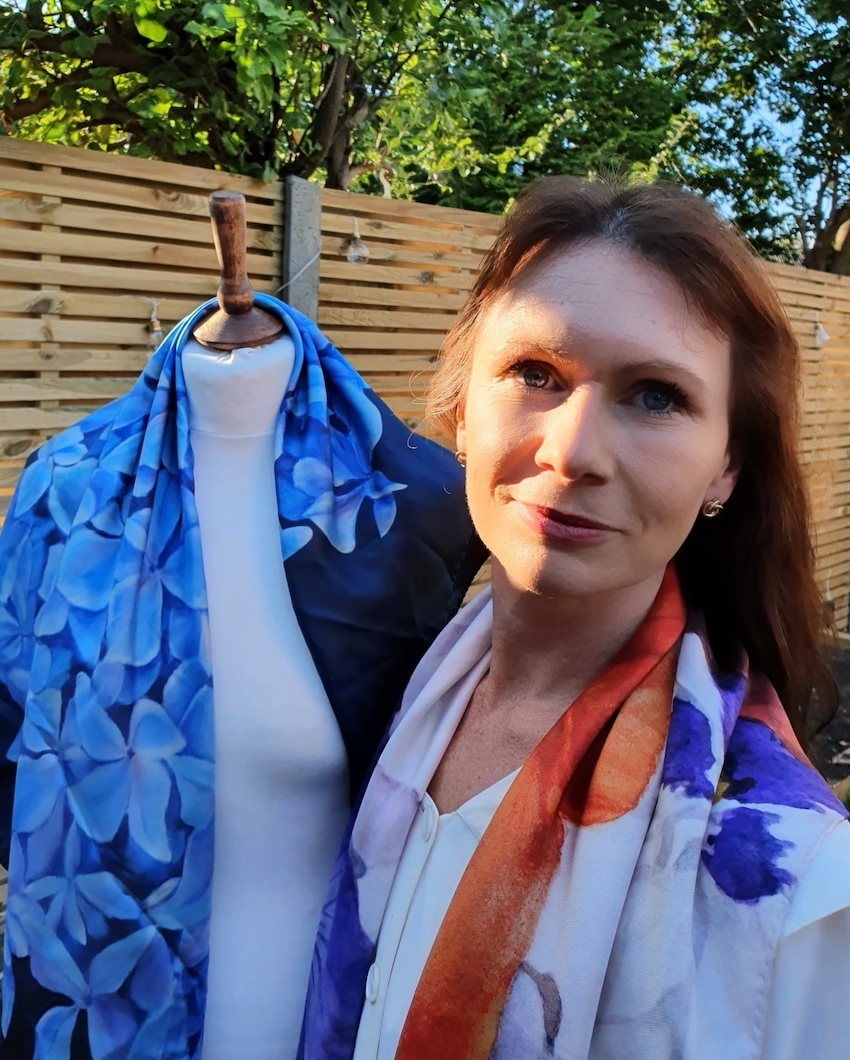 From a young age, fashion was always high on Sera’s agenda, even when milking the cows was involved! Growing up on a large dairy farm in Reporoa, a small rural community in Rotorua Lakes, Sera made many of her own clothes, describing her style as ‘a little different’. She explains, “I loved the farm, I loved growing up on the farm, but I would spend hours watching fashion TV and sketching designs.”

Attending St Peters in Cambridge, where Sera was lead soprano, she excelled in music and art. However, without having a set career dream, Sera took a year out after school as an au pair in Switzerland before returning home to work in a designer boutique. It was this role which then led her to pursue her childhood passion, completing a certificate in Creative Arts and Design in Wellington, followed by a Diploma of Fashion Design through the Tauranga Toi Ohomai Institute of Technology.

After completing her studies, Sera continued to pursue her dreams and opened a small clothing boutique in Taupo, stocking a range of New Zealand designers. Although never seeing herself as a stylist, it was here that customers would regularly consult with Sera on their wardrobe, as she describes clothing as ‘a bit of armour that can uplift you’.

In 2012, after six years and considerable growth at her Taupo store, Sera made the decision to sell the business in search of a new adventure in London. “It got to a point where I either needed to take the store to the next level, or let it go and explore the world”, she explains.

However, unlike your typical nine to five, Sera took a slightly different route and became a full-time companion for a lady she describes as ‘the most fabulous 88 year old’. A bit of a socialite, very stylish and living in the heart of Sloane Square, Sera acknowledges, “I learnt a lot being with her, about myself and things which I now implement in my daily life and business today.” Accompanying her to shows, sipping on glasses of champagne outside Partridges in Chelsea, this was a time that forced Sera to sit back and start to appreciate the world in a different way.

The role eventually came to an end and Sera went back to her designer roots, landing a job at a fashion boutique in Connaught Village. It was here that being back in the workrooms surrounded by all the fabrics, patterns and general ‘buzz’ of fashion, re-sparked Sera’s love for textiles and design and prompted her to take on a new challenge.

After a 3 month sabbatical in South America with her partner, HATHAWAY was launched.
HATHAWAY, ‘a mother daughter project’, is botanically inspired and beautifully incorporates her mother, Lyn Hathaway’s artwork. Creating unique scarves and one-off bespoke garments that can be styled to suit any shape, size or gender, Sera also celebrates the collaboration with other creatives and artisans.

Sera’s sister, based in New Zealand, is also a big part of the business. A plant biologist and computer programmer, she shares Sera’s creative flair and works closely with her on ideas and website development.

Two years on, a pandemic and one baby later, Sera continues to take HATHAWAY from strength to strength. Finding new ways to not only get creative but also run and grow the business, while being a full time mum is a challenge that Sera welcomes.

Looking ahead, Sera has visions of many scarf ranges made from innovative, eco-friendly, luxurious fabrics, including one she is currently testing made of seaweed! Beyond the product, Sera also aspires to educate people on the craftsmanship of textiles and the art of bespoke clothing creation - something she does so well.

Her North Star for the business remains the same though, to keep sharing her mother’s incredible artwork in a unique way that continues to uplift people around the world.

For more information on HATHAWAY and to view their beautiful range, visit https://www.hathawayproject.com/. You can also check out their updates on Instagram @hathawayproject or follow their page on Facebook.