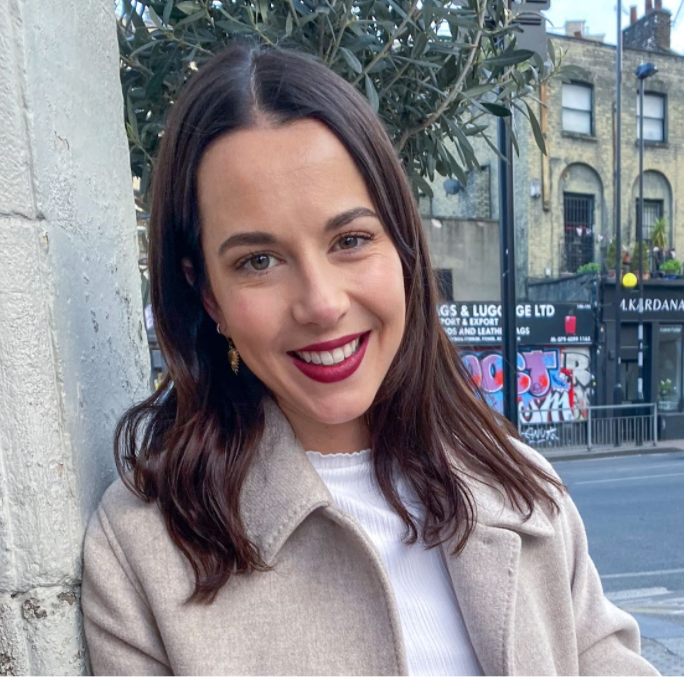 Having moved to London in June of 2019, Alice had six months on the ground before the pandemic hit. It was what could be described as either the best or worst timing, but regardless, she’s not looked back.

With a passion for journalism from a young age, Alice studied Media and English Literature at Victoria University in Wellington and then Journalism at Canterbury University. It was while she was studying at Victoria and writing for the Salient – the university's student magazine – that she made her writing debut. This was an opinion piece on how we are spending too much time on our phones – she now jokes that her screen time has definitely doubled since those days! It was off the back of this feature that she was offered a position in their news team. As she became what she describes as ‘somewhat obsessed’, her path forward suddenly became obvious.

After several years in her hometown of Auckland, Alice eventually took the leap and quit her job at The New Zealand Herald where she was working as a news reporter and feature writer, and began planning a 3-month-long European trip with two of her close friends.

Armed with a British passport, Alice already had a number of friends living in London and singing its praises. She explains, “it was something I’d wanted to do for a long time – live and work somewhere different.”

Alice landed her first London writing gig as a freelancer for The Mirror – writing and producing news content. Despite landing a role with one of the UK’s biggest news agencies, she is quick to acknowledge that the media industry in the UK was very different to what she had experienced back in New Zealand. The pace was quicker and the style of publication different, which, when paired with Brexit and the pandemic being in full swing, made finding her feet difficult.

In the face of adversity, Alice found that throwing herself into this new challenge, asking lots of questions and reaching out to anyone that might be able to offer some drops of wisdom, has helped her to learn and adjust. “I was lucky to have people to point me in the right direction of papers and editors to offer me work, but I very much had to create this luck by networking and making myself known to the right people”, she says.

Alice stays connected to New Zealand through regular facetimes with friends and family, (extra special) deliveries of Whittakers chocolate and by surrounding herself with a strong Kiwi contingent of friends in London. As a volunteer for the NZBWN writing profiles on our members, she is also able to make strong connections with other Kiwi women, whether it be interviewing them for stories or networking at regular meetups.

An advocate for London, Alice highlights the opportunity it brings in finding out what you want to do as well as who you want to be. “Kickstart a dodgeball career through a weekly social sports team, have a style re-brand or become a natural wine connoisseur, this is the place and no one will bat an eyelid”, she laughs.

Whether it’s a weekend trip to a new European destination, spontaneous catch ups with friends at a retro bowling alley on a weeknight – the only worry you’ll have, she explains, is making sure you’re leaving enough in your bank account for rent and to buy your winter woolies!

When asked what Alice was most proud of in her move, she highlights her pursuit of freelance journalism – a big learning curve which has seen her produce some of the work she is most proud of. “Cold pitching editors and pursuing stories has built up my confidence in my abilities as a writer and has led me to new opportunities, like branching out into magazine writing”. Stay tuned!

When Alice moved over to London, the pandemic was merely a twinkle in the eye of her June 2019 departure date. The perfect timing you could say, ahead of the not so perfect covid storm. However, despite these unprecedented times, Alice has continued to pursue her passion for journalism and shown that even when faced with unexpected obstacles on the other side of the world, the Kiwi dream of living and working overseas can still be a great one and at the very least, one to be proud of.

Connect with Alice on LinkedIn.