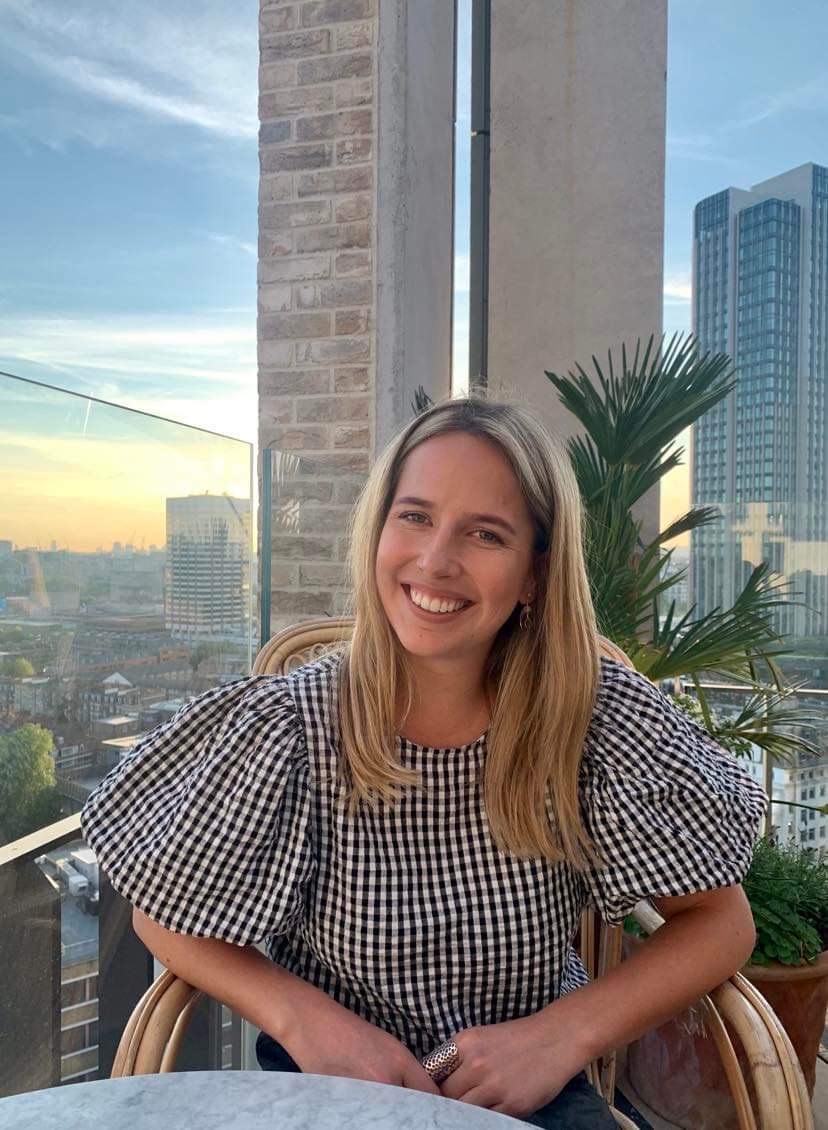 Upon her move to London, Kiwi marketer Amelia Murray was determined to immerse herself in the new city and all it had to offer - from career development to weeknight pints in the pub.

Despite having moved with a couple of friends and having a Kiwi contingent in London, she launched herself into the hunt for a job and worked on securing herself a spot in a flat with a group of new British friends.

Two and a half years later, Amelia, a 28-year-old seasoned Londoner, speaks of having embraced the challenges that came with these experiences and thriving in the change. She’s now somewhat come back to her roots, working for New Zealand-based company Xero In their customer and partner marketing team, and living in north London with Kiwi friends.

It was during Amelia’s years of tertiary education, in which she started a conjoint Commerce and Arts Degree at Auckland University and finished it at Wellington’s Victoria University, that she first had an inkling that marketing could be the right path for her.

“It tapped into the business-y side of things, but it also has a creative side,” she explains. I had a few papers at university that sparked a lot of joy, which made me think: ‘this kind of feels right’.”

When she was finishing up her studies, the company whom she had worked part-time for during university – Wallace Cotton, presented her with an opportunity to take on a marketing coordinator role in the brand’s head office in Albany, Auckland.

She took the role and spent a year working with Meredith Crawford, Wallace Cotton’s “amazing” marketing manager at the time. Amelia describes Meredith as being the first of several influential female managers and colleagues she’s worked with.

“I think one theme in my career so far is that I’ve worked with such incredible females,” she says. “They’ve all been great to learn from and they’ve all been cool and fun and very clever.”

After a year in marketing at Wallace Cotton, Amelia took the leap from the company she had described ‘like family’ into a new role at Bauer Media, where she worked until she left her Associate Commercial Brand Manager role for a move to London in 2019, some three years later.

Growing up in Auckland, Amelia hadn’t had her sights set on a move to the UK. While her parents had lived there for a stint and she was born there, she felt she was happy in the comforts of her own home.

“It sounds silly, but it was literally like an overnight switch in my head,” Amelia says. “I realised that this is what I have to do. I want to do this; I want to go and live overseas.”

Looking back, Amelia says having a job lined up in London for her arrival would have made life a lot easier, having found it was “much harder to find work” than she anticipated.

However, she recognises that lining up a job would likely have prevented her from doing the three months of travel - through France, Spain, Italy and Portugal, among other European hotspots - that she did with some of her best friends on her way over to the UK.

”That’s time you can’t get back, and time that was important to me, especially given the pandemic that was just round the corner,” Amelia says.

“The first few months of my London experience taught me a lot of resilience and it taught me what was actually important in terms of what you spend your money on. I think I took away some really good lessons from it, so I’m kind of pleased I went through that.

“I was also very fortunate to be able to pick-up some part-time work at Wallace Cotton’s London store whilst I was on the job hunt – a saving grace (thank you Wallace)!”

Looking back at her journey, from arriving in London to landing her former Account Manager role at the hair and beauty booking platform, Treatwell and then shifting into her current role at Xero, Amelia says she’s proud of where she’s gotten to.

“I think it’s really cool to see that transition and knowing that that is all you, it’s not anyone else, only you can do that,” she says.

“When I talk to my family, they say ‘Meme you sound so much stronger and so much more independent, we can hear it in your voice’. They’ve really noticed that, and I’ve felt it; I feel as though I’ve gotten a lot stronger and that’s what I’m proud of.”

Amelia’s advice for anyone thinking of moving over? Networking as much as possible, she says, and not being afraid to reach out to people that you don’t know.

“You have to just put yourself in those positions and do that,” she says. “And you’ll pay it forward one day when you have other friends or people moving over.”