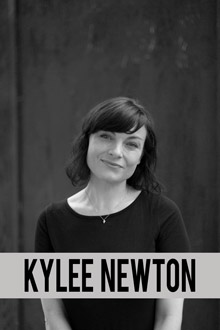 A few years ago, I heard whispers about someone selling that magical fruit - the feijoa - at a stall near Broadway Market in Hackney, east London. It turns out that someone was none other than Kylee Newton, the lovely lady behind chutney, jams and preserves brand Newton & Pott and recently published author of “The Modern Preserver” recipe book.

Fittingly, we meet on Broadway Market – a place that is near and dear to Kylee’s heart – as she has lived and worked in Hackney since her arrival in London 15 years ago, and has been coming to the Saturday market since it began 10 years ago. Kylee tells me it is her favourite market in London for the variety of food and craftsmanship (mine too) and it is where the Newton & Pott brand really came to life.

Originally from New Plymouth, Kylee graduated from art school and worked in hospitality in Auckland before moving to London where she worked as an analogue printer for photographer Wolfgang Tillmans for ten years until he relocated to Berlin.

Unsure about which direction she wanted to take (and with a typically Kiwi work ethic), Kylee worked as a DJ, a fashion stylist, and for a catering and events company before landing a job as a florist saying: “I think I’m just really good with my hands and just being creative generally”.

Kylee tells me that the business has grown very slowly and organically – she began with a stall at the Schoolyard Market (Broadway Market’s little sibling) 3 years ago before graduating to Broadway Market a year and a half ago and eventually had so much interest in her chutneys that she gave up her job as a florist to focus solely on Newton & Pott.

The business is built around Kylee’s “waste not, want not” philosophy of using up seasonal glut and preserving the fruits and vegetables that are available – an idea that Kylee believes UK consumers are becoming increasingly aware of. It follows then that after a year and a half of trading, Kylee was approached by Square Peg (a subsidiary of Random House Publishers) who had republished a perserving book from the 1970s and were looking for a modern update.

It is obvious that Kylee’s clear vision and hands on approach were instrumental in her winning the pitch for The Modern Preserver, which is a gorgeously curated hardback book with over 130 of Kylee’s chutney, jams and preserve recipes. Kylee planned the angle and props for each photo, and worked closely with her husband, a graphic designer, on the design of the book – although he did have to formally pitch for the job!

As all of the Newton & Pott products are still being made in Kylee’s little flat, and given that Kylee is the chief cook and bottle washer (and handles all of the administration, PR and social media), she is looking to expand and is on the hunt for bigger premises. She is, however, adament that she would like to keep the business as hands on as possible and is a stickler for quality control as the small batch, artisanal ethos is central to the business.

She cites the “New Zealand mafia” of kiwis in London including her “food hero” Peter Gordon as a great source of support and help in growing the business and does not think there is so much of a “tall poppy syndrome” here as there seems to be in New Zealand. For the moment, she is gearing up for the busy Christmas season which includes supplying chutneys to Selfridges, and spreading the very kiwi idea that chutney can be eaten with EVERYTHING.

Please visit http://www.newtonandpott.co.uk for more information and to purchase a copy of Kylee’s book The Modern Preserver.