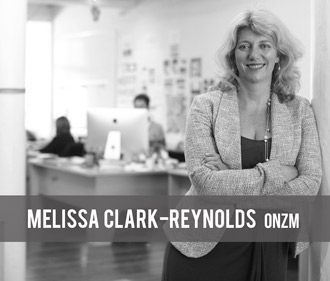 With her entrepreneurial spirit and relentless drive, Melissa Clark-Reynolds is in a league of her own. Melissa has had a global outlook since an early age, spending her formative years in the US, completing postgraduate study abroad and working in Papua New Guinea, Vietnam and the UK.

Melissa is an experienced entrepreneur with a history of successful start-ups - she established her first company in 1992 and hasn’t looked back. She also contributes widely in the international accelerator community, with founder / mentor roles in London, Singapore and NZ. This has led to her representing NZ at the Global Accelerator Network meeting and at the APEC forum to ‘encourage women entrepreneurs’.

Melissa now works as a Company Director and Digital Strategist and mentors technology entrepreneurs seeking to grow into export markets. Melissa became a 'World Class New Zealander' in 2014, received a NZOM in 2015 for Services to Technology (the first woman in that category) and was named as one of Forbes’ top ten tech women to watch in London.

We are excited to announce that Melissa is a finalist in the global category at the 2016 Women of Influence Awards. The Women of Influence programme is committed to increasing the visibility of women's leadership in New Zealand, highlighting the important contribution women take in creating a bold and diverse future for New Zealand. They are dedicated to uncovering women who have committed time and energy to help and encourage other women in their industry, and who are fighting for change every day - be it in their workplace, their community or among their peers.

Congratulations to Melissa and we look forward to hearing the final results on October 12. Further information on the Awards can be found here.